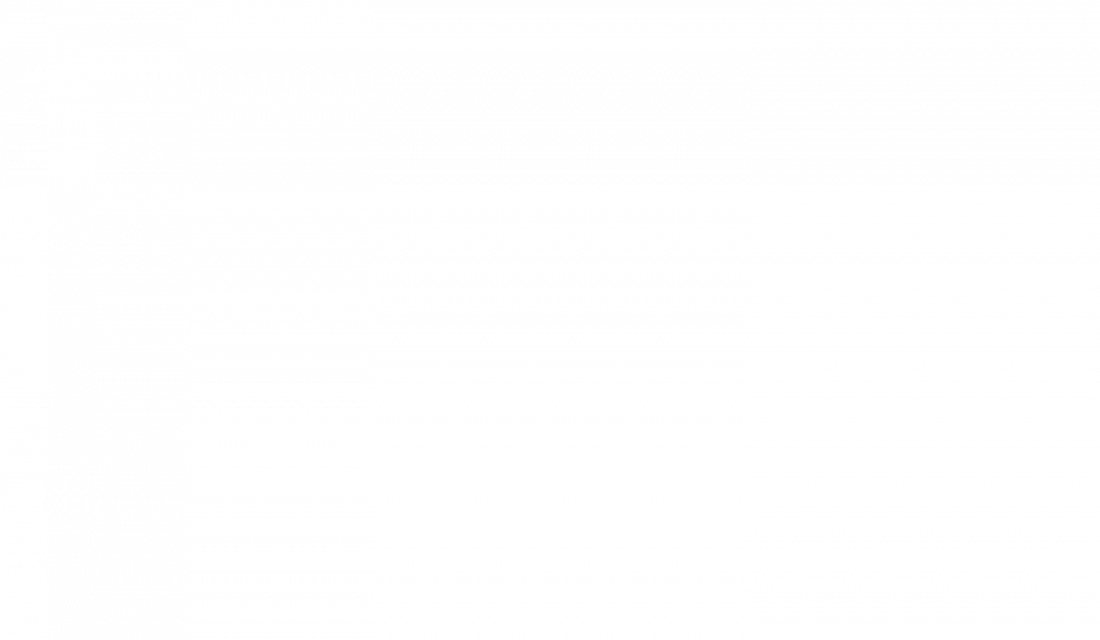 A brief history of office design

From as early as the Roman empire office spaces were considered vital in a workforce, the first office space originated in Rome as spaces where official work was commenced. It was in the 18th Century that the British Empire built the first office building in London known as The Old Admiralty Office. By 1729 the need to build more office buildings grew in London. With more buildings came the need for better spatial designs.

Taylorism was very popular in the early 20th century that followed the open plan principles of design. Created by Frank Taylor the design was to help maximise industrial efficiency. There has been criticism in Taylor’s approach as it didn’t take into account human and social elements rather focused only on maximum productivity from employees. From the early 20th century office designs focused on ways to surge productivity.

In 1939 Frank Lloyd Wright designed the Johnson Wax company’s open plan office, again with a focus to expand productivity. The office was designed with bright lights, warm spaces and cork ceilings to absorb acoustics, each floor had 200 staff.

This evolved more in the 1960s with introduction to a more socially democratic environment that increased human interaction and engagement. This was called Burolandschaft, originated in Germany. Further developed was then the Action Office style. This integrated increased freedom of movement and also introduced greater privacy.

In the 1980s, modular walls and privacy screens polluted the office spaces as a cost effective solution. This changed office designs into the small depressive cubicles that most employees would be caged to for most part of their days. Robert Prost, who is widely associated with the development of the Action Office model is quoted as stating that:

“not all organisations are intelligent and progressive. Lots are run by crass people who can take the same kind of equipment and create hellholes. They make little bitty cubicles and stuff people in them. Barren, rat-hole places”

Throughout the years office design always had an emphasis on increasing productivity. There has been a significant rise in biophilic office design as from reports of increased productivity by bringing a little of the outdoors to the work environment.

There are reports that provide evidence where offices with timber interiors conveyed feelings of innovation, energy and comfort. A report by Planet Ark conducted a test where participants were asked to “identify the organisation you would like to work for and least like to work for”. This was then followed by selecting three adjectives to indicate their first impression of each organisation. Offices with wood products in interiors drastically influenced the first impressions and participants were more likely to want to work for organisations with wooden interiors. These offices conveyed a feeling of innovation, energy, and comfort, where as offices without wood conveyed feelings of impersonal and discomfort.

A Japanese study measured the initial physiological response of 14 people sitting in rooms with either wooden or steel wall panelling. The pulse and heart rate of the participants was monitored every second for 20 seconds whilst facing the panelled wall covered by a curtain, followed by 90 seconds with the curtain removed and the wooden or steel panel visible. The study found that exposure to wooden panels significantly decreased the blood pressure of subjects, whilst exposure to steel panels significantly increased it. Increased blood pressure and higher heart rates can replicate emotions of stress or panic. This will impact productivity negatively as employees will constantly feel ill or stressed.

The ability of timber to control humidity is a particularly important effect in workplaces. Productivity has been demonstrated to be reduced by an average of 12% in offices where staff are dissatisfied with the quality of the air. Timber floors in interiors have been shown to improve indoor air quality by moderating humidity. This happens due to timber absorbing and releasing moisture in order to maintain equilibrium with the surrounding air, known as the equilibrium moisture content. Timber therefore absorbs moisture from the air in humid conditions and releases moisture in dry conditions. This leaves the air fresh and crisp, as opposed to spaces with carpet, tile, or other floor covering where air can smell like mould, mildew and feel very damp. 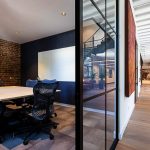 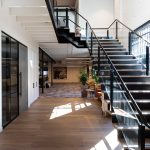 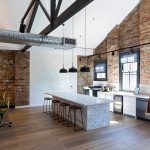 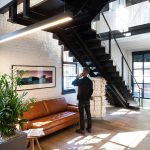 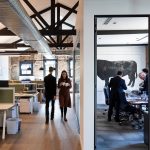 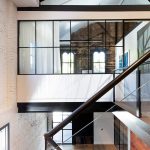 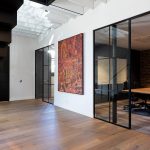 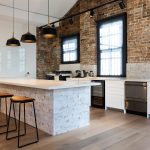 The designers from Bold Collective were tasked to plan the interiors of the Twynam Agricultural Group office in Sydney CBD. In their scope they had to consider productivity in their design element among other things. With all this information at hand, they selected Plank Dozie for the floors in their design to incorporate the feelings of warmth, innovation, and energy to increase productivity at the workplace. They were able to create a space that the Twynam Agricultural Group group appreciated and could consider their second home. 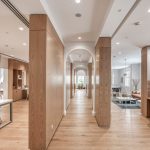